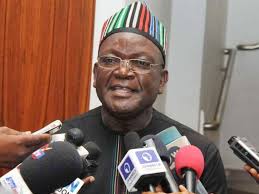 The Hydroelectric Power Generating Areas Development Commission (HYPADEC) has announced that all HYPADEC-accredited states will begin remitting 50% of their ecological funds to the Commission on a monthly basis.

Dondo Ahire, the state Commissioner of Water Resources and Environment, also stated that a lack of funds halted the completion of the second and third phases of the Idye Basin Water Project in the state capital, resulting in an increase in flooding incidents.

The 50% remittance to HYPADEC would allow the Commission to use the funds for ecological initiatives, while the states will use the remaining funds for other purposes.

Benue, Kogi, Kwara, Kebbi, Plateau, Sokoto, and Cross River are among the states that come under HYPADEC and are expected to begin remittance.

Abubakar Sadiq Yelwa, the Managing Director (MD) of HYPADEC, disclosed this to newsmen in Makurdi while the HYPADEC Governing Council was on a familiarisation tour of Benue for an on-the-spot evaluation of projects in the state.

In response to a question, the MD claimed that, all things being equal, the commission hopes to be able to start driving funds for ecological intervention this month (March).

The Federal Government, the States, and the National Assembly have all lined up for this reason, which is why an Act has been passed that explicitly states the requirements (remittance).

According to him, President Muhammadu Buhari inaugurated the Commission and issued a marching order, stating that he does not want to hear about community flooding on a regular basis, hence the need for the familiarization tour.

Dondo Ahire, the Commissioner for Water Resources and Environment, had previously stated that the Idye basic project’s second and third phases had yet to begin due to paucit.

He added that the railway at Nyiman extension, which has hampered the construction of the drainage across, was another cause of the flood, and that despite writing to the railway corporation’s authorities to act on the matter, they had yet to do so.

“It is common practice for railway projects to be carried out by railway contractors; their design is done by their engineers; no engineers are involved in the project,” he said.

He explained that when there is a rainstorm or when water from dams is released, it collects here and water cannot pass through, flooding the entire environment.

“We will impress on the railway to hasten work on the culverts,” HYPADEC Chairman Terfa Ityav said as soon as they return to Abuja. We’ll go to the railway partnership to see what they can do to speed up this process.