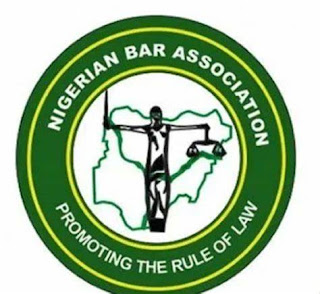 The Nigerian Bar Association, (NBA), Benue State Chapter, has asked for an open and transparent investigation of the attack on the  Benue state gov Samuel Ortom.
The Benue NBA, which strongly condemned the attack on the State Governor by gunmen alleged to be Fulani militia on Saturday, praised President Muhammadu Buhari for condemning the attack and ordering a full-scale and open investigation into the matter, and urged him to ensure that his statement is made factual, executed, and the perpetrator apprehended.
When briefing journalists in Makurdi, NBA State Chairman, Barr. Justin Gbagir, made the condemnation and called on the federal government to unleash the security forces to go after the perpetrators, arrest them, and ensure they are punished.
According to Gbagir, as a professional association whose slogan is “promoting the rule of law,” the NBA cannot continue to function in the face of such flagrant disregard.
Gbagir, lamenting what he called the country’s “complete collapse and deterioration of stability,” said there is a general obligation to obey the law, and all legal subjects have an obligation to obey the law in all instances where the law is applied. Many who are aggrieved by government or individual acts or inactions must seek redress through legal processes rather than resorting to unlawful means.
Gbagir, speaking on behalf of the Benue NBA, urged the state governor to remain steadfast in his commitment to the defense of the Benue people, saying that the attack on him could only increase his zeal to further protect his people as the protector of the Benue Valley.
The situation should be a teachable moment reminding him of how vulnerable his people are in the hands of the Fulani militias and other bandits terrorizing the common man.
The Benue NBA urge the federal government to ensure that security is improved in all facets of the country to assuage the fears of Nigerian and foreigners coming into the country as  Nigerian state must be safe for all and sundry.