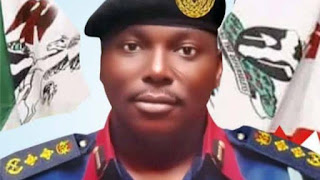 Mr. Ahmed Audi, the Commandant General of the Nigerian Security and Civil Defence Corps, has alleged that foreign sponsors finance the bandits terrorizing the country, and has called for armed forces to work together to fight insecurity.

He said this during a training workshop for NSCDC state commandants held in Abuja on Wednesday.

According to Audu, tackling the security situation requires collaboration among the country’s security agencies.

“Following the course of events in the country, we are witnessing a serious conflict that, in my opinion, is the first in Nigerian history to trigger us serious problems, and the conflict is known as asymmetric war.

“We have had some semblance of this form of war in the past, but the proper manifestation of it is the one we are seeing now, and asymmetric war is a war that is waged on an asymmetric basis.

The NSCDC boss said, “These guys are serious; these guys have foreign sponsors, so we need to come together.”

Audi warned security forces against what he called “service dominance” and “rivalry,” which he believes would stifle the cooperation needed to defeat bandits.

“Civil defense will do everything possible to ensure that these security incidents are curtailed and tottered,” he said.

What’s your opinion on this…