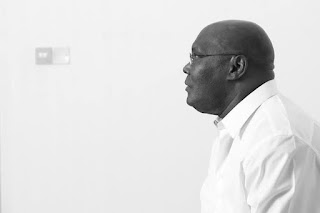 Senator David Mark, alarmed by the attempted assassination of Governor Samuel Ortom of Benue State, former President of the Senate, has tasked security operatives to rise to the challenge of protecting lives and property in order to prevent the repercussions of resorting to self-help.

Senator Mark stated that the deteriorating security situation has become scandalous, making Nigeria a laughingstock in the international community.

Senator Mark frowned as he condemned Governor Ortom’s assassination attempt yesterday, saying, “If a state governor can be so brazenly assaulted, what would they not do to ordinary citizens?”

“Let me say categorically that the people of Benue are welcoming and accommodating. However, this should not be misinterpreted as a sign of weakness. Enough with this malady.

“I am concerned that if our government and security forces can no longer guarantee people’s safety in their homes, farms, or places of business, citizens may be forced to resort to self-help.

“That is the situation we cannot contemplate and must not allow to occur because the ramifications would be disastrous.

“As a result, the federal government and all security agencies must work together.

Senator Mark urged all people to maintain a high level of security awareness at all times, as well as to provide valuable information to security operatives about any alleged unlawful or anti-social activity.

On Saturday, Governor Ortom was ambushed by gunmen alleged to be Fulani bandits along the Tyo-MU Makurdi/Gboko road. By the skin of his teeth, he managed to get away.

Media Adviser to Senator David A. B. Mark GCON.