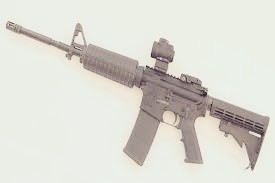 A police officer was killed in a gunfight with hoodlums in Haaga village,

According to a statement signed by DSP Sewuese Anene, the public relations officer for the Benue state police command, a team of police officers posted within the community swung into action and engaged the hoodlums in a gun duel after receiving information of an assault in Haaga village, Katsina ala local government area.

Anene said that during the exchange of fire, several of the hoodlums were shot and fled into the forest, while two police officers were also shot and rushed to Kastina-Ala General Hospital, where one of them was pronounced dead and the others are being treated.

She went on to say that a cordon and search operation is currently underway in Haaga, with one suspect arrested.

The command advised Sankara residents to work with police officers dispatched to the district.

Your feedback and comments are valuable to us.