There’s no denying that science is altering the face of education. Personal digital gadgets like laptops and tablets have necessarily found their way from student’s homes to their classroom. The use of cellphones have become a debate between students, parents, teachers and authorities.

Using phones in college is also allowed on some campuses.

In fact, you can charge your phone, take pictures of homework assignments, or put on your headphones and listen to music.

Still yet other fashioned colleges stay adamant on their stance towards permitting personal devices, like cellphones, in school.

Citing issues like inappropriate use of cellphones, cheating, and general disruption, certain schools have maintained their policy on prohibiting using cellphones in the classroom; other schools have gone so far as to ban cellphones entirely.

These are the Countries that have banned the use of cellphone in schools;

The New South Wales government has banned phones completely from its primary schools since 2019. “Technology should be there to help a child learn. It should not be there to upset them or make them feel uncomfortable.

Ever since November 2018, all primary and secondary schools in China’s Shandong province were banned using mobile phones in classrooms.

Mobile phones have been prohibited for students from 3 to 15 years of age, since September 2018. On December 2017, the minister of education Jean-Michel Blanquer issued a directive banning the use of smartphones in schools by children up to the age of 15.

It is forbidden by law and the use of mobile phones by students is not allowed in the school premises to either take or make mobile phone calls, texting, or the use of other camera, video or other recording devices or medium that have image and audio processing system like smartwatches, headphones.

SHOULD CHILDREN BE ALLOW TO USE CELL PHONES IN SCHOOL? 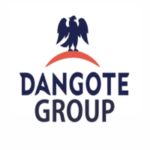