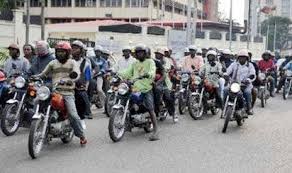 The Benue State Police Command is commence total clamp down on unregistered vehicles plying various routes in the state.

According to a statement signed by the Command Public’s Relation Officer DSP Sewuese Anene the operation is part of efforts to fight against crime in Benue State.

She said the Commissioner of Police has observed the increasing number of unregistered vehicles on the roads and ordered the enforcement of vehicle ( cars,  tricycles and motorcycles) registration.

She describes the action of the commissioner  as a step towards easy identification and apprehension of criminals.

The Commissioner  of police however enjoins the good people of Benue State to register their vehicles for easy identification of criminal who would  usually use unregistered vehicles.

Meanwhile, Police Officers have been cautioned to be civil and professional but firm while enforcing the law.